As a starter in golf, understanding how many clubs are allowed in a golf bag is one of the first and most important things you need to remember besides the basic rules.

So what should you take note of about the clubs in your bag?

Read this article will give you the answer.

The Number of Golf Clubs Allowed In A Bag When Playing Golf – Are There Many? 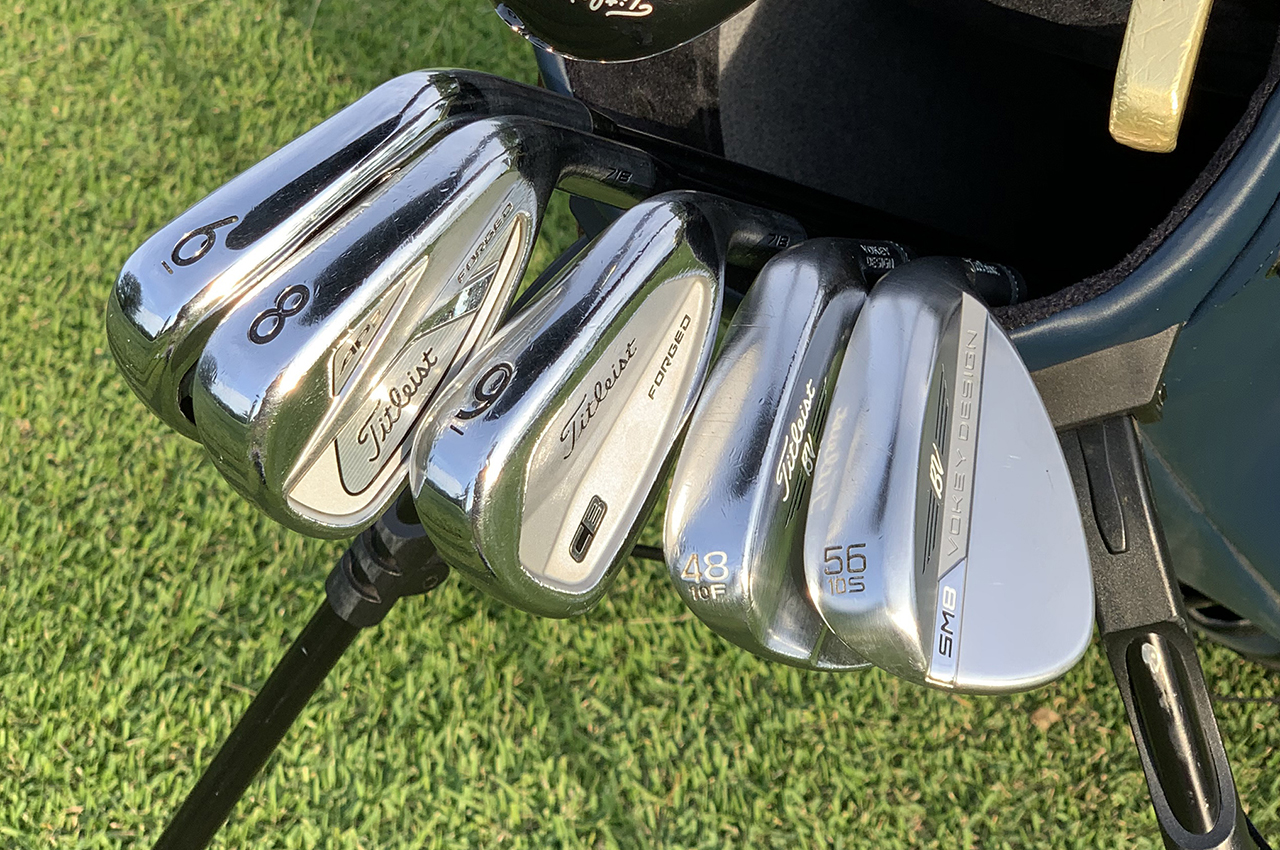 The United States Golf Association applies strict rules on golfer equipment, including the number of clubs you can carry with you.

In detail, you can only carry 14 clubs allowed as the maximum in your bag during a tournament.

These include 12 standard versions: one putter, three wood (3 and 5 wood, a driver), eight irons (pitching wedge and 3-9 iron)

The other two are optional, which you can choose based on your need.

They can be a hybrid driver for fairway play and a wedge for any short game.

Or you can take two wedges such as sand or lob wedge.

While lob wedge is a great help for lifting, the sand version can deal with hard bunker shots.

At the beginning of the 20th century, the rules allowed the player to bring 20 up to 25 in their bags has caused mistakes about clubs, making numbers of golfers forget the rule of 14 clubs in a golf bag.

However, the new rule change of structure has led to the shift in strict equipment restriction.

What if you need another club during a tournament? You can borrow one.

In 1988, the USGA set rules for borrowing clubs, which let a golfer borrow from anyone for all the time play within.

However, in 1992, the USGA had changed its regulation, allowing players to borrow from their teammates within a tournament.

If you need different clubs within a match, you can ask your partner to lend you one.

Why Is There A Penalty For Carrying More Than 14 Clubs In A Golf Bag? 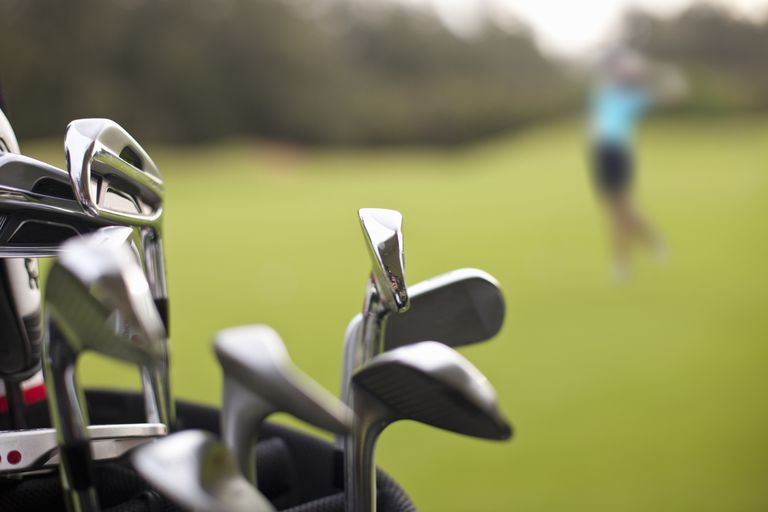 As mentioned above, pro golfers in the past can carry from 20 to 25 clubs.

But other than hickory, clubs from steel-shafted cannot give the same chance of getting a shot.

Hence, the golfers decided to take more for many clubs alternatives, bringing more chances of making a shot.

To avoid that situation and bring fairness to golfers, the governing parties have changed the limited number of clubs in one bag.

It is where the rule of 14-club allowed carry has come and applied for the USGA tournament since 1938 and the R&A since 1939.

The penalty for exceeding the clubs depends on many factors, including the game type you are playing.

Specifically, you will have your score deducted for the hole you use the 15th club for match play.

The utmost of the hole deduction is two holes.

For stroke play, if you bring more than 14, you would have to lose two strokes for each violation hole.

Regardless of intentionally or unintentionally going to the match and play with 15 clubs, your penalty will be a four-stroke penalty.

The Complicated Rules For Golf Clubs & Your Bag There are many different complicated rules in golf, especially if you are a newbie.

As you can only carry with you 14 in total permitted, carrying and using the right clubs with you is one of the most important things you need to remember.

It bases on your style of golfing and the course you are playing on that you will need for different.

As long as you follow the equipment rules for golf in a round, you are free to choose many clubs you want without the affair of violating the law.

Do you hope to have drivers with you? Go with that. Need for additional wedges? You can have some.

Any golfers might have their standard of clubs. But in general, you will need a putter, iron, and a driver at the least.

The clubs you bring along on a course might help determine the possible shot you can make on the green.

Accordingly, the right clubs will be a great assistant so that you can have a high score to play.

If you find your shots frequently miss the target, you should change until you find the right one to raise the chance of hitting the spot.

Up to now, there is only one restriction for the clubs you can bring, without the minimum club number.

The only thing that requires golfers to remember is the maximum limit of 14 clubs allowed in a golf bag.

Hence, every number under 14 is sufficient whether 5 or 10 clubs are your decisions based on your need and skill.

In the practice round, you can even complete the round just with only one putter.

But for the professional play, you should bring 14 clubs so that you can have the most suitable club for every hit and get the highest point.

How Many Golf Clubs Are In A Complete Set?

If you carry less than 14 clubs with you during a round, you might have additional for your bag.

For instance, you bring ten at the start; then, you can have four clubs in the court at any time of your round.

The basic guidelines you must have on your set include one putter, one driver, some iron wedges, and fairway woods.

A driver is the longest club but the lowest loft in a bag, making it hard for you to handle.

The standard set has an iron of 3,4,5,6,7,8 and 9 recently completed with different lofts for more distance for the irons clubs.

For extended but friendly use of iron, hybrids are the favorite items for beginner and pro players.

A complete club set must have two wedges, for the least, for the pitching and sand version.

Besides, the putters are essential clubs for a short hit or few yards shots.

How Many Clubs to Carry – The Conclusion

You might now have a clear view and ready for any golf match, right?

Practice makes perfect, so why don’t you start now and see which you should choose and bring with you to achieve the goal.

We hope you have the best time playing golf. Cheer!